A Grown-Up Rebranding of the Kids Sport Club

The Lviv Angels cheerleading club has been creating bright shows and filling sports events with energy since 2012. During this time, the Angel teammates grew from 5-6 yeared children into charming teenagers, formed new values of the club, and significantly changed the team’s perception by the audience.

“Grown out of an old brand”: the task and the challenge

Thus, the need for a new positioning appeared from within. And the society demands a mobile, healthy lifestyle for teenagers, the promotion of team spirit, the availability of sports, regardless of gender or appearance.

We were faced with the task of reflecting all the changes in positioning and conveying them through the new image of the brand. An effective brand presentation became another task.

The Professional Sports Club of Superheroes: the strategy and the plan

In cooperation with the club “Lviv Angels”, MOROZOV.agency identified the following steps for rebranding:

Development of a new club identity, corresponding to the new positioning:

A strategy for applying a new identity in merchandising:

Drive and independence in the logo and the emblem

Insight: Cheerleaders are emotional leaders going out on the game court to set the mood.

Logo and emblem developed by MOROZOV.agency:

The logo and emblem can be used both together and separately on different elements of the sports style of the club members.

Your Club of Superheroes

The slogan combines the ideas of “superhero in everyone” and “community of superheroes”, where joining the community is desirable and valuable. The Club of Superheroes is a place where existing team members are recognized, and the new ones are welcomed.

Lviv Angels in a new form and with new content appeared on the social network:

The results did not take long:

The embodiment of team spirit: a mascot named Blym.

We created a corporate character of the Lviv Angels club named Blym. There is a separate case study on the website about him. His image meets and accompanies athletes and their parents. Blym speaks to them from social networks and inscriptions on the doors and walls of gyms, locker rooms, and official spaces. 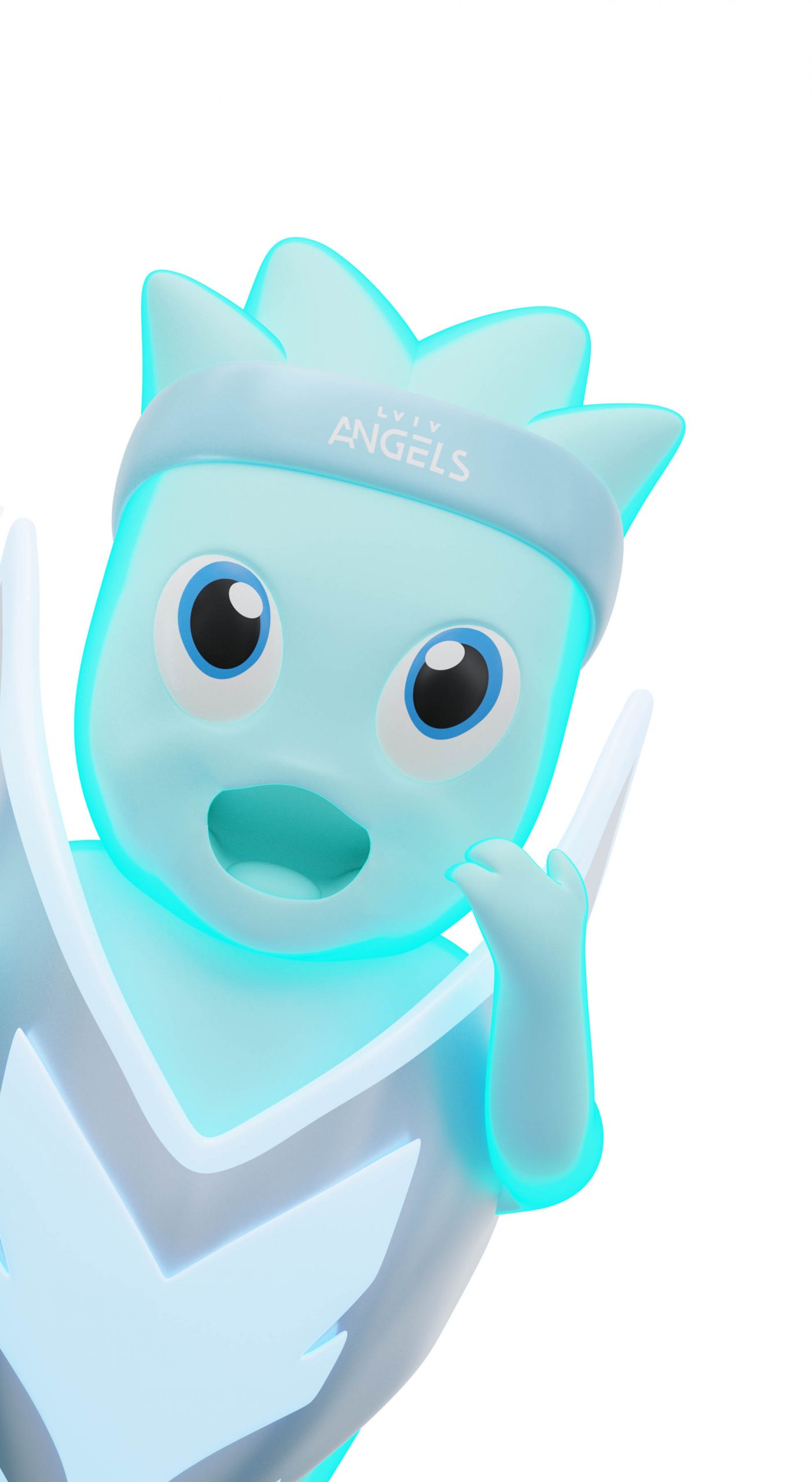 Lviv Angels are a power!

MOROZOV advertising agency is proud of its cooperation and rejoices in its success. Business growth, positioning change, the new direction of activity — there can be even more backgrounds for rebranding. So if the old brand does not fit anymore, we invite you to talk about it and find a solution together.